When it comes to VPNs, ExpressVPN is one of the biggest and most trusted names in the business. Claiming to be one of the fastest and most secure VPNs around, ExpressVPN sets high expectations, but can it live up to them? Find out in our in-depth ExpressVPN review.

We’ll start off with a look at how easy ExpressVPN is to use, beginning with the sign-up process. While some other VPNs can take a while to get up-and-running, ExpressVPN was clearly designed with speed and simplicity in mind. You can make an account in no time at all and start using this VPN in a matter of minutes.

All you have to do is provide some basic information, like an email address, as well as choosing which pricing plan you want to use. From there, you can simply download the ExpressVPN software to your device (it works on computers, laptops, phones, tablets, and more) and activate the VPN connection.

The whole thing is super simple, and it’s easy to sync your profile across different devices with the aid of an activation code. Thanks to this, you won’t need to keep on entering your login information every time you want to enjoy ExpressVPN’s protection. Plus, since the interface is so well-designed, it’s easy for even beginner users to get going with this VPN.

GET THE #1 RATED VPN

One of the best benefits of using a VPN is being able to connect to servers in dozens of locations all over the globe and access content or sites that might usually be restricted in your current location. However, some VPNs limit you in terms of the scope of their server network, so how good is ExpressVPN when it comes to server locations?

Well, at the time of writing, ExpressVPN can boast of one of the biggest server networks in the world. It has servers in an impressive 94 different countries, dotted all over the world. There are servers in the Americas, from Argentina to Atlanta, as well as plenty of servers across Europe in countries like France, Belgium, the UK, and so on. You can also access ExpressVPN servers in Asia and Africa, too.

With so many different locations to choose from, you can rely on ExpressVPN for almost all of your VPN-related needs. It’s ideal for accessing different geo-restricted streaming services and websites, for example, and it works really well when you’re traveling and you want to get onto sites that might be blocked in different countries.

So, how much will all of this cost you? After all, the cost of a VPN can be a big factor for a lot of people, and it’s important to get a good deal that won’t cause you to pay over the odds for VPN protections and privacy. Is ExpressVPN a fairly-priced product compared to other options on the market?

Well, with ExpressVPN, you can pick from three different pricing plans: a monthly plan, a six-month plan, and a 12-month plan. The monthly plan is the most expensive, priced at $12.95 a month, while the six-month plan costs $9.99 a month and the yearly plan is currently valued at $6.67 a month, as it comes with three months free, giving you 15 in total.

Overall, ExpressVPN isn’t the cheapest option on the market. There are other VPNs out there that cost just a couple of dollars a month. However, when it comes to value for money, ExpressVPN still leads the way, as it can offer the fastest speeds, one of the biggest server networks, and some of the best privacy protections around. So, even though it’s a little pricey, we still think you get a great deal with this VPN.

As well as things like speed and price, we also have to think about the privacy protections provided by each VPN. Many users choose VPNs based on how secure they are, and a lot of people want to stay safe when using the internet, so how good is ExpressVPN at protecting your privacy?Well, like other leading VPNs, ExpressVPN makes use of the latest and greatest 256-bit encryption technology. This is the peak level of encryption, so it’s the best protection you can get against hackers and trackers. In addition, ExpressVPN has a strict no activity or connection logs policy, so it won’t store any data about what sites you visit or anything else like that.

Speed is another major factor to think about when choosing a VPN, and speed is generally regarded as one of the top selling points of ExpressVPN. In other words, this VPN is lightning quick, and it won’t slow down your connections, downloads, or streaming experiences like other VPNs might.

Thanks to the huge server network provided by ExpressVPN, it doesn’t really matter where you are or what you want to do, you should be able to find a rapid 10Gbps server to connect to. And since ExpressVPN uses the best server technology, you shouldn’t experience any notable lag or slow-down when using this service.

It’s no wonder that so many people say ExpressVPN is the fastest VPN in town.

Finally, we have to talk about customer support. Of course, most of the time, since ExpressVPN is so well-designed and easy to work with, you probably won’t have to worry about contacting the customer support department. However, there may come a time when you need to contact them with a query or demand for help.

So, what kind of support can you expect from ExpressVPN? Well, this VPN provider currently offers speedy live chat support, so you can usually get a response really quickly. Agents are available day and night to respond to user queries, or if your issue is less urgent, you can get in touch via email and wait a few hours for a response.

Overall, the level of support from this VPN is top notch, and there are plenty of great guides and tutorials on the ExpressVPN site that show you how to set it up on various devices, too. 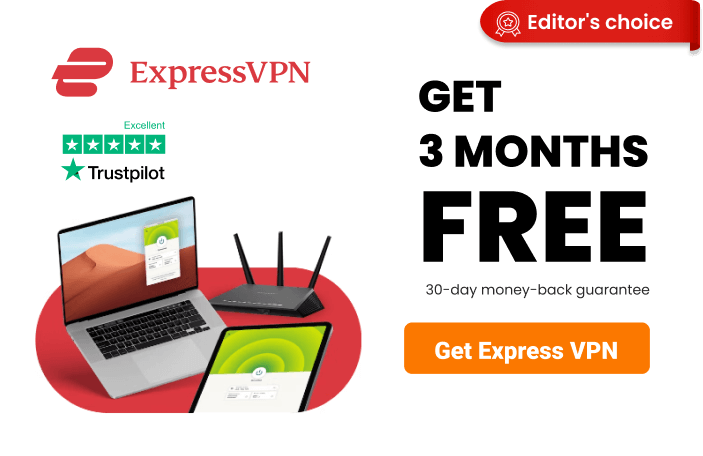 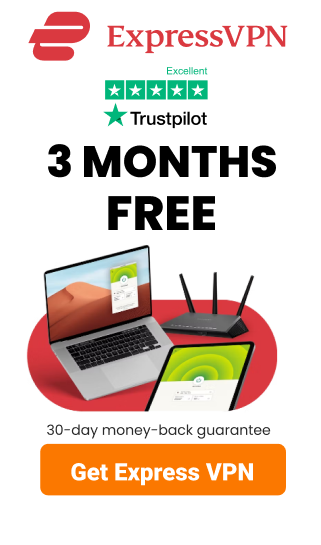 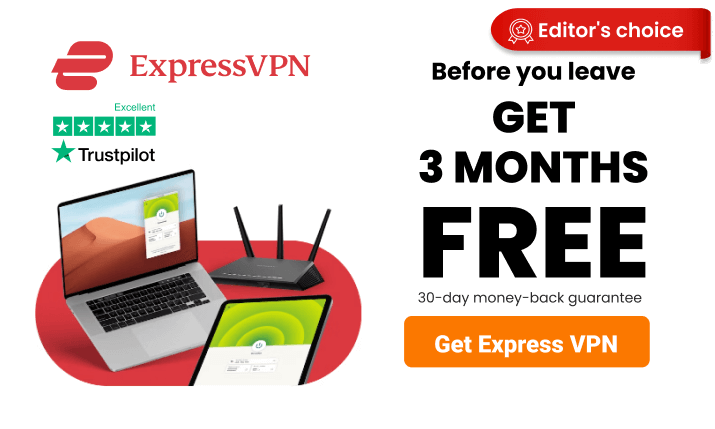 No, I do not want online safety
Advertiser Disclosure